The Perth to Sydney Marathon 2022 is not your average Tour Event.

This Event is designed to be a celebration of the 1968 London-Sydney Marathon and as true a reflection of that event as it can be in 2022. The Event seeks to be a reminder of what the 1968 event was all about, from its inception, its development, its conduct, the results and its lasting legacy. The route to be followed on this event has not been followed by any other event since 1968, and we will travel as much of the route that still exists or is worthy of travelling along.

We will visit all of the 1968 Control locations across Australia and we will attempt to make those controls “look and feel” as they may have appeared back in the day.

We will have Officials from the 1968 Marathon man those controls as they did back in the day where we can, and we will use original signs and banners from 1968 or we will replicate those signs and banners where they are no longer available. We have spent years researching to recreate artefacts from the 1968 event that we will use to recreate unique memorabilia for Crews that no other event has taken the time to provide. We want to make this event a unique experience in more ways than just driving on dirt roads across Australia.

Much of the route is still as it was in the day. Significant effort has been taken to gain the trust of landholders and Indigenous People across the country to allow the event to access roads and tracks that are no longer accessible to the public in 2022. The effort to do this should not be underestimated, significant change has occurred across Australia in the last three decades and access to many roads is no longer what it used to be. Landowners have changed and titleholders are now commercial entities that insist on legal liability and Access Rights being observed.

The Perth to Sydney Marathon 2022 event is not for the faint hearted. This event will test both Crews and vehicles as it did in 1968 and like any Marathon event should.

The event will position and man 58 Controls along the route and record all Crews through all the Controls including all 19 original 1968 Time and Passage Controls.

This is a “one-off” event and is the last time that any event will celebrate the 1968 Marathon in the manner and magnitude in Australia. Certainly none will be repeated with the demographic, original participants and vehicles of those who have chosen to enter.

We will enjoy ourselves and we will do so in a safe manner. 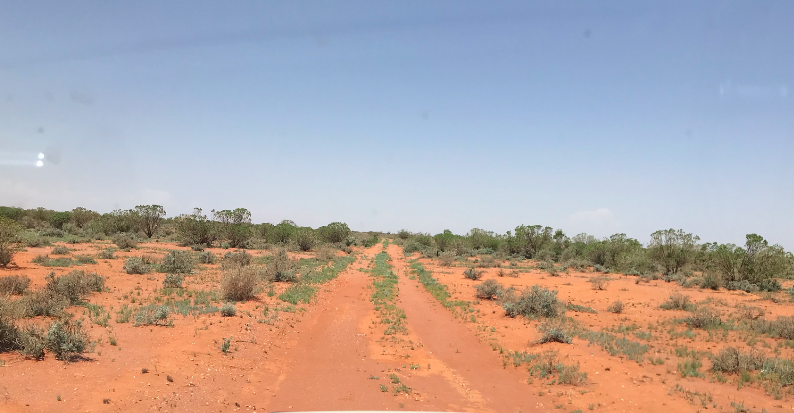 Day 1 will see an early start from Wellington Square in Perth heading 570km North East into former Gold Rush settlements of the Mid-West region of WA. Crews will travel via New Norcia and Miling and Dallwallinu to Wubin before a lunch break in Paynes Find. Here the event will hit the dirt turning East to the abandoned gold mining town of Youanmi. From this historic 1968 LSM Control the route turns due South via a great section through Diemals Station and then Bullfinch to overnight in Southern Cross. Crews will be plunged deep into the Marathon event with over 450 km of Outback dirt roads during the afternoon run.

While Day 2 is much a shorter day don’t be deceived, 33 km South to Marvel Loch and the 1968 “Horror Stretch” begins and much of the route today is no different to what Crews found back in 1968. Today we pass through more mining leases and tenements where some care must be exercised with mining traffic. We will spend all but 70 km of the day on the dirt visiting two of the most iconic controls of the 1968 Marathon before reaching Highway 1 and turning North to the overnight stop at Norseman. Today is true marathon territory both in terms of roads and scenery.

Day three largely follows the Eyre Highway through Cocklebiddy to Madura, where the tarmac came to an end in 1968. At Madura we will embark on the challenging 87km Mundrabilla stage last used in the 1993 LSM event. The final section of the day follows the Eyre Highway into Eucla including the old Eyre alignment via the sandhills to the Telegraph Station and then into Eucla or Border Village depending upon Crew accommodation arrangements.

Today is once again all about the path less taken. Crews will immediately leave the tarmac to follow the old alignment of the Eyre Highway through the old Koonalda Station, well worth a quick look, to the lunch stop at Nullabor Roadhouse. After Lunch, Crews have been allowed special permission to traverse through the Indigenous Lands of the Yalata Aboriginal Community to continuing along the old alignment of the highway via the old Mt Ive Roadhouse and a very special section of old alignment. Crews will require full concentration with fast flowing sections before entering the Aboriginal Community of Yalata and returning to the Highway. After a brief stop at the Yalata Roadhouse for refreshments Crews to head to Penong before following the “old road” along some nice flowing but dusty roads to be welcomed into the finish of the day at Ceduna.

Day 5 promises to be an exciting day with spectacular roads as well as scenery. We begin with an easy 49 km run out of town before taking another 1993 LSM section for 200km deep into the Gawler Ranges to arrive at Mt Ive Station. We then head to Iron Knob and follow the old road into lunch at Port Augusta. Crews should take the opportunity to refresh as the afternoon section to the Flinders Ranges promises to be a real highlight on the event. We leave lunch and follow beside the Pichi Richi Railway on the way to the 1968 LSM TC17 in Quorn where we will be met by the same Officials who manned the control back in 1968. From here to the finish of the day is sure to put a smile on everyone’s faces with a sensational run up past The Dutchmans Stern from where the road again turns to dirt to Mount Arden and on to the famous Stuart McCleod “short cut”. We will follow a route taken by the 1968 Castrol Route Instructions via Partacoona Station then back to Hookina “5 Ways”.  Joining the Outback Highway shortly thereafter we will head North to Moralana Creek and line up to enjoy the final 27 km run along what is considered to be one of Australia’s most spectacular rally roads.

Day 6 begins in the heart of the Flinders Ranges and travels North to Oraparrinna Passage then via the magnificent Brachina Gorge to the West. Fingers Cross that the roads can be repaired in time and we can use the old alignment to Parachilna, and then via the gorge of the same name to Blinman, and on to Wirrealpa Station.  On Day 6 we will travel through nine outback properties to reach Broken Hill so we must be on our best behaviour. The station tracks are in the main maintained but still seldom used and can contain surprises so remain on alert at all times for wash aways, livestock and native animals.

We will pass through Martins Well and Erudina Stations to the iconic Curnamona Station control that has hosted a number of events since 1968. We have been granted special permission to cross Curnamona and Kalabity Station, that is now a commercial operation, and via Boolcoomatta that is now Bush Heritage owned.

Day 7 is another long day via Menindee, Ivanhoe, Gunbar, Carrathool and Jerilderie to Wangaratta. Today Crews will find fast open and generally flat roads for most of the day. We will visit the Menindee Railway Bridge control last visited in 1968 on our way to Ivanhoe before the lunch stop at the Gunbar Community Hall. Some interesting roads in the afternoon down through Carrathool to Jerilderie from where the roads are sealed to Wangaratta.

We will head to the Edi Control from where our route follows exactly the route of the 1968 Marathon over dirt tracks crossing the ranges via Carboor, Dandongadale, Mt Buffalo and Brookside into Bright. Take care following the track along the power lines, the drops on either side are as Gelignite Jack said, “your clothes will go out of fashion before you hit the bottom”. Marathon Crews were expected to “average” 80 kph on the section.

We will lunch in Falls Creek before the run down the now sealed Alpine Way to Omeo, but not before we take you off on some side roads to experience what the dirt roads of the time felt like. We will end the day taking some wonderful forest roads into Lakes Entrance that have used in the Alpine Rally over the years.

Day 9 is a shorter day where will head North using more fabulous Alpine roads through the forests to reach Buchan and then on to Murrindal control. Just North of Murrindal we will line up for the 75 km run along the Snowy River Road to Wallace Craigie Lookout to the Ingebyra control.

Arriving into Cooma we will be welcomed to the Cooma Motorfest where we will join up to 400 Classic Cars in the Bi-annual classic car show.  We will then dine at the Cooma Monaro Historic Car Clubs Club Rooms and Museum.

The last day of the event will travel the route of the famous 1968 Numeralla to Hindmarsh Station Section and will visit the penultimate and last “competitive” control on the 1968 London-Sydney Marathon. From Hindmarsh we will travel via Nowra but instead of battling with the hoard of weekend tourists up the Princes Highway into Sydney as in 1968, we will take a more scenic route up through the Kangaroo Valley and Mittagong to join the Hume Highway and the final run to the finish at Warwick Farm after what we trust will be a memorable event.